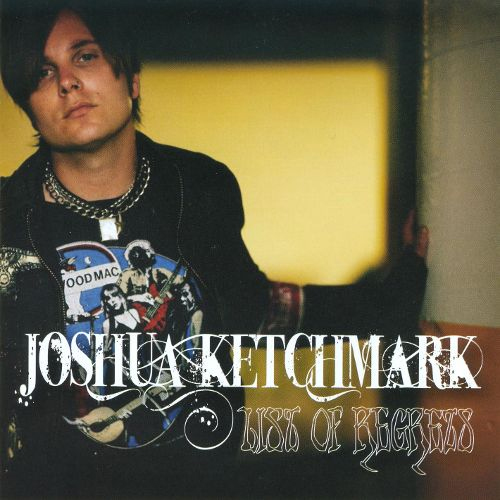 I’ll take you wherever you want to go
I’ll tell you what ever you want to know
I’ll give you anything just let me know
Just say so, however it goes
Just tell me what you want just don’t tell me no
Or How To Let Go

So what will you tell
What will you say
When it ends this way
Where will you turn
When you’re looking away
Is it more than you could take?
When it’s Never Beautiful

So what will you tell
What will you say
When it ends this way
Where will you turn
When you’re looking away
Is it more than you could take?
When it’s Never Beautiful
2008 108.5bpm

I’m still sitting here
Thinking of you, Looking out at the world
There you were
Those eyes were true, Larger than life
Horizon so bright
That everything,Was so far out of site

I’m still waiting here
On bacon street,With all I’ve left behind
Reminding me
Of those times we’ve had, Can you see
What’s true despite
Everything,So far out of site

You’ve always been my strength
Since that December day

Sarah am I good for your complexion
Do we touch on perfection
Sarah don’t you care how you leave this
Did you slip up this time
Is it starting to feel right
Sarah can you take me
Can’t you shake me
Am I getting closer
Than you’d let me
Sarah, Oh Sarah.
Are you telling your friends they’re wrong
Sarah, Oh Sarah
Are you picking out our theme song

IT DOESN'T MEAN THE SAME

Wake up, wake up, your Finally Famous
You’re the one
and a million you said you would be

Joshua Ketchmark is an emotional dude. Labeled as a “damn good soundtrack to his life,” Ketchmark’s debut album, List of Regrets, is a lineup of regrettable tunes chronicling heartbreak, watching friends self-destruct, and the like. It’s as heartfelt as can be for a man searching for truth only to be left demoralized by the harsh realities of life – and Ketchmark does a fantastic job of subjecting the listener to that feeling. The album is drenched in lush arrangments and the breathy swoon of a tortured soul. The track “Everything” released in early 2009 and sounds like a throwback to everything you heard in the early 90s, complete with Ketchmark’s guitar licks that offer to do the crying for him. I have a feeling we’ll be hearing more of him in the future.

Illinois native Joshua Ketchmark has recently released an impressive debut that happens to be the “soundtrack to his life…it very well could be the soundtrack to yours”. Music is at the heart of Ketchmark’s existence; as an only child, a guitar served as his surrogate sibling. Before long he found himself in Nashville, honing his songwriting chops and picking up more instruments along the way. By incorporating himself into the fabric of musician’s society, he soon found himself working as a guitar tech, providing opportunities to rub elbows with producer extraordinaire Rob Cavallo, Johnny Lang, and Melissa Etheridge. In fact, Etheridge let him use her signature 12-string guitar to record his debut record, which is the first thing you hear in the Byrds-like riff on the excellent “How 2 Let Go”.

All Ketchmark’s tunes follow the formula we love: quiet but engaging versus that erupt into a catchy arena-ready chorus. As you would expect from a “soundtrack to life”, Ketchmark touches on familiar themes of romance, but also explores feelings of loss (of his father in “On Your Shoulders”) and finding happiness in the wrong place (the eerie and mysterious “Now”). Overall, the production is great and the vocals are well done (would have enjoyed more pronounced harmonies, though).

“List Of Regrets” will satisfy fans of The Calling, Lifehouse, or 2000-era Goo Goo Dolls. What a great way to start off 2010! Ketchmark has delivered a remarkable debut and I look forward to hearing this artist grow into a superstar.

This eleven-track album by Joshua Ketchmark, is a full on, roller-coaster ride through the back pages of downtown potential and West Coast Americana. In other words, List Of Regrets is a high-octane, smorgasbord cross betwixt mid-nineties Matthew Sweet (circa Girlfriend) Ryan Adams (circa 29) and the mighty under-rated Dramarama (circa Hi-Fi Sci-Fi).

So, lots to ponder and riddle upon.

The slow build of the blues based opening track ‘How 2 Let Go’ (replete with Prince spelling), compellingly sets the stage for what’s in store. Its kloof like musicality, wholeheartedly lending itself to the rather lyrically pensive follow-up, ‘Never Beautiful.’ A song that’s as equally introspective as it idiosyncratic, one would indeed be wise to traipse with considered caution, especially when Ketchmark sings: ‘I can see you scatter/Breathing misconception/Into all of your answers.’

Gadamer with a guitar (German philosopher, who, by way of Truth and Method, tried to clarify the phenomenon of understanding)? Or, inadvertent sage with a mighty list of pronouncements to make, by way of rock’n’roll?

Either way, what we have here and throughout the album as a whole, is a compelling assortment of niftily crafted tones; replete with well-constructed words and measured production by Ketchmark himself. Prime examples being the backwards Beatlesesque guitar on ‘On Your Shoulder’ and the distorted avalanche of guitars (care of Greg Ripes) throughout the alluringly titled ‘Maybe.’

To be sure, when the singer/songwriter moves away from the more obviously clinical rock stuff, the embryonic intensity of drama in such a song as ‘It Doesn’t Mean The Same’ is invariably allowed to breath and shine. A line such as ‘Spanning time between cigarettes and rosaries/And claiming that it’s/The only way,’’ might, in some quarters, be considered as good as it gets. But, because it’s partially and unfortunately smothered with superfluous clutter, it doesn’t quite hit the mark. This is a shame really, because as mentioned at the outset, List Of Regrets has oodles of potential.

The sort of which, warrants both recognition and respect.